Hebburn is a warm and affectionate tale of north east family life. It tells the tale of the Pearson family and their impetuous and ambitious son, Jack, who has left Tyneside for the bright lights and glamour of Manchester. He has secretly married a middle class Jewish girl, Sarah, and realises that it is about time he introduced her to his family.

Jim Moir (aka Vic Reeves) and Gina McKee play Jason’s parents, Joe and Pauline, who are devoted to their family and their hometown. 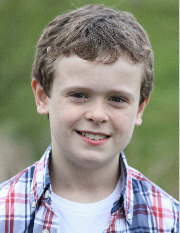 Jan Ravens and Phil Nice star as Sarah’s parents, Susan and Ben, who have to contend with their daughter marrying into a family from a very different background.

Other characters include Jack’s fun-loving sister Vicki; his Grandmother, Dot, who likes to keep everyone ‘up to speed’ on her bowel movements; Sarah’s hippy sister, Marial; Jack’s ‘larger than life’ friend, Big Keith; and Vicki’s best friend, Denise and her boyfriend Gervaise and Acting Up pupil Curtis Appleby who plays Hutchie the lead characters son.

The next series this being filmed this summer along with an exciting Christmas Special.

Writer Jason Cook also stars in the series as ‘Ramsey’, a friend of Jack.

Reviews: We love Hebburn. It’s packed with laughs, and centres on a warm, near universally recognisable family setting. This is the identifiable, real family comedy that The Royle Family always thought it was. We’re praying, begging and pleading for a third series to be commissioned.