Our agency is a totally optional service and does not affect normal classes in anyway. However, for those pupils who are interested in taking part in professional work the opportunities lie here.

Pupils subscribe to our agency each September and complete an application form, we then take head shot photographs of your child.

Pupils who are registered with our agency are then put forward for professional work that can include anything from T.V acting roles, catwalk-modelling, photo-shoots for media work, theatre and radio work. However, please be aware we DO NOT guarantee we will find work for your child. Some years your child may receive lots of work, where other years he/she may receive little or none. This very much depend on the casting briefs we are given and that we have no control over.

Over the years Acting Up has built up excellent relationships with some of the country’s biggest BAFTA award winning Children’s TV Production company’s and it is through our on-going work we continue to offer our pupils fantastic breaks!

Scruff Productions. Feature Film – All 3 of Acting Up boys played the leading roles with Kyle Hughes stared as Danny Howard & Peter Dyers stared as Eddy and Sam Huthart as Bill.

Wait for it CBBC – Featured pupil as a contestant

Numerous other work however to many to mention!

What happens at an audition?

Auditions vary greatly and very much depends on the casting brief that has been given to us. Most auditions for children take place in a relaxed environment where the child is put at ease and is able to be ones self. The audition takes place in the form of a workshop where children will spend time getting to no one another and are usually given a task to carry out or something to prepare. Children then perform in groups, until finally if succesful maybe asked to perform on their own. However, this does not mean your child has the part.  Normally at this stage your child maybe asked a few questions that will take place in an informal interview. Often auditions are recorded so the producer can sit and think carefully about who they wish to cast or see at the next stage of auditions. Parents will be asked to complete a release form that gives the casting agent (the person running the audition) consent to take photographs or video your child. Other times children maybe given a script before the audition takes place, where they are given time to familiarise themselves with the storyline & character. It is rare that children are expected to have learned the script from memory or be word perfect. Parents will be asked to accompany their children to the audition. However, will be expected to wait outside.

How will i know if my child has the part?

Sometimes you maybe notified direct by the casting agent on the day, other times the casting agent will only notify Acting Up if any of our pupils have been successful. Parents must appreciate if there are lots of children attending it is simply to time consuming for the casting agent to give feedback on individual children. Acting Up will only notify you if your child has been succesful. If you do not hear from us you must assume your child was not successful. Please reassure your child it is nothing that have said or done wrong, it is most probably due to the fact they don’t look quite right for the part ie to tall or small. However, there is always next time!

What happens if i find out my child is successful?

Firstly Acting Up will need to organise your child a Performance Licence. This is required as part of the Children and Young Persons Act for any child who is still in full-time education. It is designed to protect your child’s welfare and cover any time out of school for performance-related work. Local Authorities usually ask for at least 21 days for processing performance licences. However, the casting agent may require the licence earlier. Parents will be asked to supply Acting Up with the following documents:

Performance licences are normally granted with no problems. However, their have been occasions where they have been refused. Parents must be aware it is left to the discression of the Education Welfare Team at your Local Authority to grant your child’s licence.  However, please don’t worry we will guide you through the whole process! 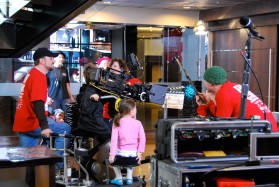 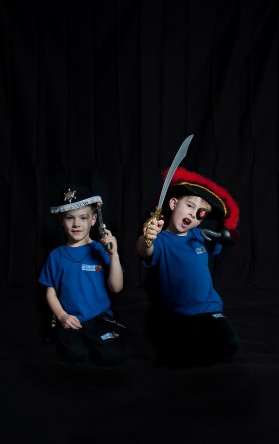